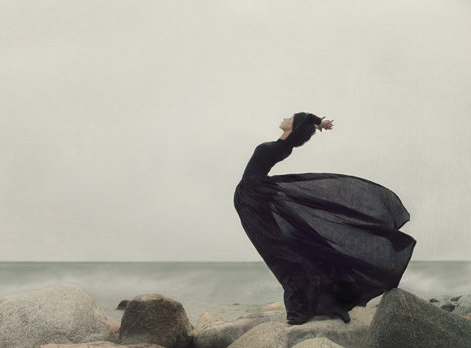 I’ve been thinking about Acceptance. A lot. I believe that if I can learn to deeply accept the limitations of my chronic physical and mental illnesses I will suffer less and perhaps be able to live with them without the stigma of feeling shame and regret that my body and nervous system don’t work the way most other people’s work. Within the practice of DBT (dialectical behavior therapy), it’s taught that when you deeply and completely accept something with your whole being, you’re no longer fighting reality. If you’re not fighting reality it frees up a lot of emotional and physical energy to use in other aspects of your life.

So I’ve been mulling this over and actively noticing what happens as I more deeply accept the things I cannot change and I, of course, started wondering how the word Acceptance evolved. I often find that if I get to the root of a word’s origin, I can make progress in understanding something I’m struggling with. So…Acceptance. According to The Online Etymology Dictionary, the word accept comes from the Proto-Indo-European root Kap, meaning ‘to grasp’, and evolved into the combination of the Latin words ad, or ‘to’, and capare, ‘to take’. In the 16th century CE, Acceptation, meant ‘to take or receive willingly’. And there’s the catch: Acceptance has to be done with active Will. It’s not a passive action, or some state most people suddenly find themselves in; it happens because a person makes an effort to fully grasp and take something exactly as it is.

That being said, I can now more easily distinguish between the consequences of Acceptance and Non-Acceptance. Sometimes, I’m in so much pain from my fibromyalgia that I cannot do the things I want to do, like going to a friend’s celebration or spending time with my husband and kids. Sometimes, the pain is so excruciating I can’t do anything but sit on the couch with my heating pad and watch something pretty mindless on the internet. I’ve gotten pretty good at grasping the reality of my fibromyalgia and one thing I’ve noticed is that in order to most effectively live with it, I have to accept things as they are over and over and over again. Each time the pain and fog get really intense, I have to stop and recognize what’s happening in the moment. Then, I have to figure out what, if anything, I can do about it. That something might be taking more herbs for my pain, taking breaks more frequently throughout the day or just letting everything else go, setting myself up on the couch and tolerating the pain and fog until they recede. Once I’ve done whatever it is I decide I need to do, I’m in a state of mind that is more relaxed and content. If I don’t stop and accept it, then I’m frantic with voices in my head telling me it’s unfair that I have to live like this, that there’s something fundamentally wrong with me and I’m broken, or I’m looking into my past for something to blame my current state on. Ultimately, I’m suffering and the suffering sometimes seems to contribute to the intensity and duration of my current state.

In other areas of my life, I’m still actively working on increasing acceptance and the work is not at all easy. I am beginning to think that awareness is key. Last week I had massive panic attacks every day for several days in a row. I was angry it was happening and constantly afraid of when the next attack would come. After a few days of this I was talking to a friend and she started telling me about how she’d spent the previous day on the couch watching the Kavanaugh hearings. As soon as she started talking about Ford’s testimony and the rage of sexual assault survivors every where, I felt my body start to vibrate and my mind begin to detach from my body. I told my friend what was happening and we decided to talk about something else, happier things.

After the phone call was over I reflected on what had happened and my curiosity led me the realization that I’d been actively avoiding news about the Kavanaugh case because thinking about it at all resulted in a lot of intense feelings that I didn’t want to experience. Maybe I had told myself: OK, I finished trauma therapy and now I’m going to live my life as someone who wasn’t assaulted from the time I was 4 until I was 24. It would be nice if that were true but the reality is that I’m still triggered by hearing about other people’s trauma. It doesn’t trigger as intense a response as it used to, but I do have feelings and thoughts arise that come directly from my experiences of assault.

Recognizing the source of the anxiety and panic helped me feel less vulnerable and led to curiosity about what I might be able to do to tend to the part of myself experiencing theses feelings. I could have tried to deny the relationship between the current news and my panic attacks or wish that I wasn’t still somewhat vulnerable but that would have left me in state of suffering. Instead, for the last several days I’ve thought about what I should do to strike a balance between protecting myself from the feelings elicited by exposure and spending some time confronting what’s happening and maybe adding my story to the public conversation by posting about my experiences online somewhere.

This doesn’t feel as easy as accepting and effectively responding to fibro symptoms. Maybe that’s because I don’t have as much experience with actively trying to accept the ups and downs of my mental health. I still haven’t decided what to do but I recognize this as an opportunity to practice being really honest with myself about what’s happening and what I can do to address it and mitigate some of the suffering that’s coming up. If there are stages of acceptance, then I would say I’m in the grasping stage. I clearly see what’s happening and I know I have a few options but I’m stuck there. For some reason I’ve decided to not decide what I should do next. Maybe I’m afraid that whatever I decide to do will have unintended consequences and I’ll end up suffering more than I am now. Honestly, that would lead to another Acceptance situation and I do have faith that I could handle that. Hm, that’s new-the feeling of being confident that I’ll be able to handle whatever comes next. Because this area of Acceptance isn’t as familiar as say, dealing with fibromyalgia, I’ll have to put in some extra effort. I need to make a list of my options, think about possible consequences, choose an action and see what happens. I may have to then go through the whole process of Acceptance again but the only way I’m going to get better at Accepting my frequently changing state of mental health is through applied practice of active Acceptance.